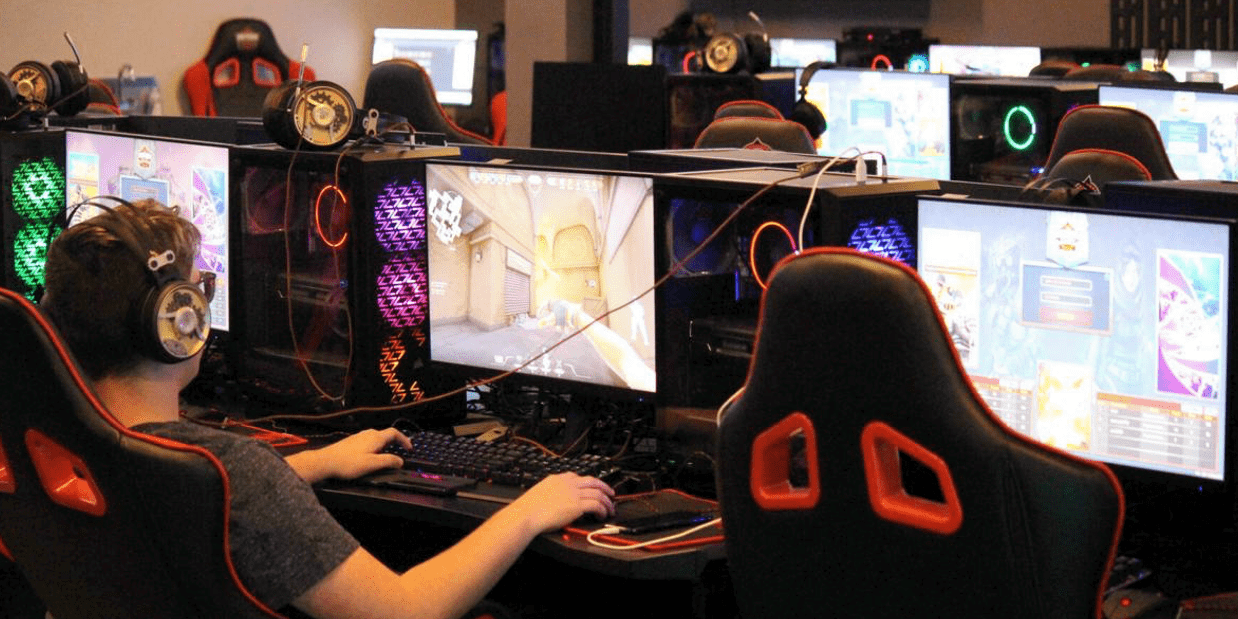 As some sports have struggled to get off the ground in 2020, esports have soared to new heights.

Brett Payne, founder of the locally based gaming center franchise Contender eSports, has been working to build a brand that is capitalizing on that enormous growth, and the aim is to make it, and the area, synonymous with competitive gaming on a global scale.

“Springfield will always be known for Andy’s, Brad Pitt and the Cardinals, but there’s also a good chance we’re going to be known as the esports center of the country,” Payne said.

“Our goal is to be the Starbucks of esports; I want our brand to be synonymous with [it]. It’s a lofty goal, but that brand awareness and high-level thinking of those places [like Starbucks] are top-notch. The people, equipment, atmosphere, service … that’s what I want people to think [of us].”

Payne and his team are busy launching new stores nationwide. There was one in Lubbock, Texas, recently, and a location in Cary, North Carolina, will open in the coming weeks. But no matter where rapid expansion may take it, Contender’s location at the corner of National and Battlefield, which opened at the beginning of February, is already proving itself a winner for the community.

“Brett loves this city more than anyone I’ve met in my life,” said Jesse Skaggs, who runs the Springfield store. “He’ll do anything to give something to the city and [provide] a safe place for kids.”

Skaggs, who graduated from Rolla High School and enjoyed a brief stint playing baseball at Southwest Baptist University, played Halo professionally. Then, while working as a retail manager, he connected with Payne.

Later, they met for breakfast, and Skaggs’ leadership qualities made him an ideal candidate to lead the Springfield location, but in detailing their meeting, Payne emphasized how common an interest video games have become in our culture after operating on the fringes for several decades.

Payne calls his initial idea for Contender an accident, bred from conversations in southeast Asia several years ago. “In the middle of it, they mentioned work in esports facilities,” he said. “My first response was ‘What is esports?’ because I’d never heard the word. It was very intriguing, and I started looking into the industry on what was happening with it and trends.

“I started to look to see what facilities were serving customers in the U.S., and there were mom-and-pop places, but nothing standardized. I was able to filter through the process and saw the customer base was going to get bigger and bigger every year; because of the [COVID-19] pandemic, it’s probably grown exponentially.”

Indeed, gaming has unsurprisingly been surging while people of all ages have seen themselves spending more time than usual indoors. Twitch, the leading platform for streaming gaming, saw engagement in the U.S. doubled from January to March. Research from Nielsen found that the number of American gamers who were playing more due to COVID-19 had increased by 46% since near the end of March. Visibility for esports, thanks to events like the NBA 2K Players Tournament that aired on ESPN, rose dramatically with no major live sports on TV.

After being open for just eight weeks, Contender had to close temporarily but still managed to thrive by nature of the gaming community through mediums like Facebook and Discord.

“When the shutdown hit, we did not lose a connection with our customers or people already connected with us,” Payne said. “Even though our doors were closed, we kept those conversations active, and we were able to shift the gaming experience online where they were still interacting with staff. We were running tournaments, events, nonprofit fundraisers. It’s nothing ideal that we want to do long-term, but in the interim, it kept connections so that when the doors opened up again, everyone wanted to see each other again.”

When the store reopened in the middle of May, the seats were filled again to play Super Smash Bros., Valorant, Overwatch and other currently popular titles.

“We’ve maxed our capacity almost every day,” Skaggs said. “It’s either half-full or completely full every day; it’s not really in between.”

Its doors welcome a variety of visitors. The Ozark Community Center’s summer fitness camp has taken a trip, and one recent Call of Duty tournament drew players from as far as Kansas City and St. Louis. Student-athletes are also a big part of Contender’s plans. In addition to working with universities like Drury who are forming esports teams as collegiate involvement in the scene is quickly expanding, Springfield Public Schools will compete in a high school esports league beginning in September provided school is in session. Each program will have a 25-man roster, split across varsity and JV squads and three games (Overwatch, Super Smash Bros. and Rocket League).

Don’t expect high school organizations like MSHSAA or the NCAA to get involved any time soon, but Contender will provide a format for those who excel at activities beyond conventional ones as scholarships to play esports continue to increase.

And that’s what Contender eSports is about: opportunity and involvement, for Springfield, surrounding communities and the greater region.

“We look at our location as a hub to bring people together,” Payne said. “Gamers are known as playing online and with someone in 10 different cities, but not locally. We help to simply do the introductions.

“The reach is certainly beyond Springfield. This is for southwest Missouri … and really for everybody. It’s not elitist; it’s just a super-happy place. We tell our staff, when people walk in the door, your job is [to make it] the best two hours of their day. That’s the goal.”