The Gaming Landscape: Who’s Playing and Why? 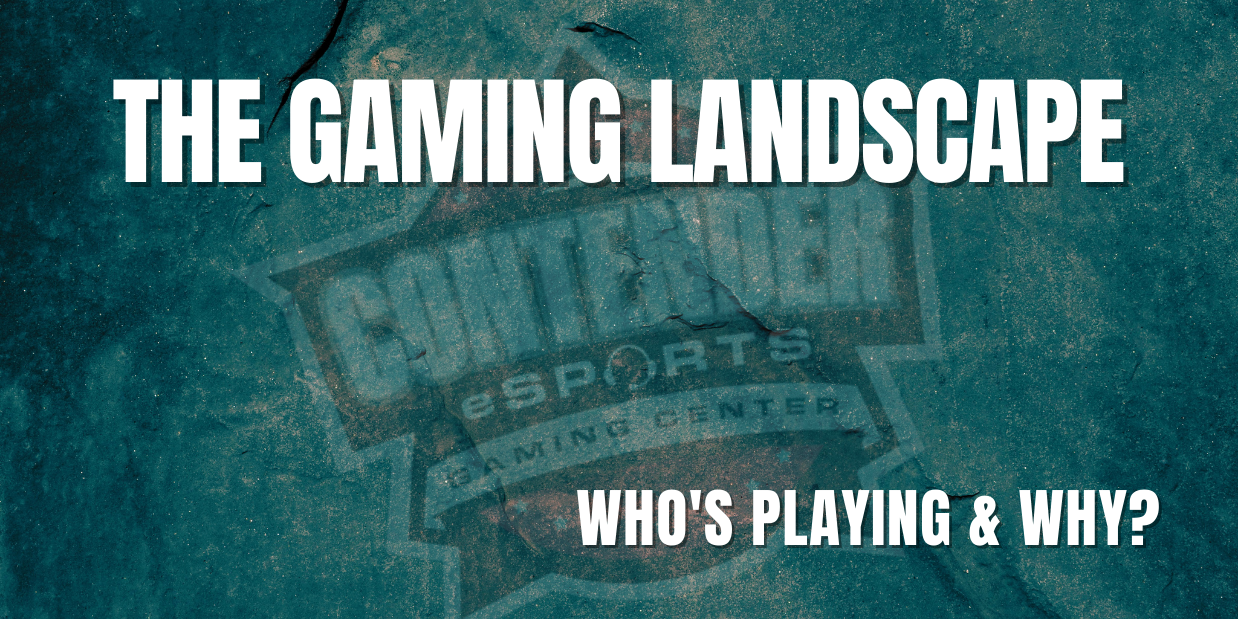 The gaming landscape has changed a lot over the last decade. Nowadays, it is not only children who are playing video games; adults and people of all ages can be found competing in esports tournaments, streaming their gameplay on Twitch or Youtube, and taking part in mobile gaming competitions. The growth of the industry has been staggering: according to Newzoo’s latest report, 2.3 billion people play video games worldwide! Let’s take a look at some recent statistics about the state of gaming today.

Newzoo estimates that there will be over three billion people who play video games worldwide by 2021 – almost 40% of everyone on earth!

These players have generated a total market value for PC, console, and mobile gaming. Did you know that gamers spent an average of 18 hours per week on gaming this year, compared to just 12 hours a few years ago? This is largely due to esports – viewers are now spending five times as much time watching video game streaming platforms like Twitch than they did last year. Some of it is due to COVID since esports and gaming can offer an online experience that is socially distance friendly, but the popularity is growing across the board, including in the job market. According to Varsity Esports Foundation, just in the US alone, the video game industry accounts for 429,000 jobs. The FAA is even hiring gamers specifically for air traffic control.

Gamers have also made a living off of not only playing tournaments but also in streaming. Tournaments like the Dota 2 tournament this year (2021), had a prize pool of over 40 million dollars.

Streaming is the New Normal

This is a great way to make money and grow your audience. For example, Tyler Blevins (Ninja) has over 15 million subscribers on YouTube and streaming his Fortnite gameplay with other celebrities like Drake or JuJu Smith-Schuster of the Steelers. He was reported as making up to 500k for one stream. This does not include sponsorships, endorsements, etc.

Other gamers also have large followings such as Shroud (Leaked Source), ESEA League Professionals (Global Elite players in CS:GO), CreativeLive’s new gaming class series with big names like Michael Phelps, and Ashton Kutcher. These are just some examples of how many people play these games now!

Gaming has been more popular in other countries to the point of having internet cafes everywhere to allow people to come in and play games 24/7. That trend is growing and reaching North America.

Colleges across the country are now including esports teams, clubs, scholarships, as well high schools. There are even internet cafes slowly popping up across the country as well to get a jump on the new trend and be a part of a fast-growing industry

Most of the world, and especially North America is embracing video games as not only a new way to communicate with friends but also as a fun pastime.

Based on the Pew Research study, more than half of Americans play video games. More specifically, 50% of adults in America are playing video games and it's not limited to just one type either.

Most people think that only men play video games but there is no distinct line between genders when it comes to who plays what types of games. The survey showed that 48% are female players! This was a big surprise for many because esports has been labeled as “a man’s sport” or “boys club” which is simply not true any more thanks to these new stats.

The Landscape has Changed Forever

Given these statistics, it will be no surprise if video games become even more popular, especially for an income source. One can only guess how much the current stats will grow in just one year. Video games are gaining the support of even the most skeptical of people.