Five reasons why Mercedes-Benz is involved with eSports 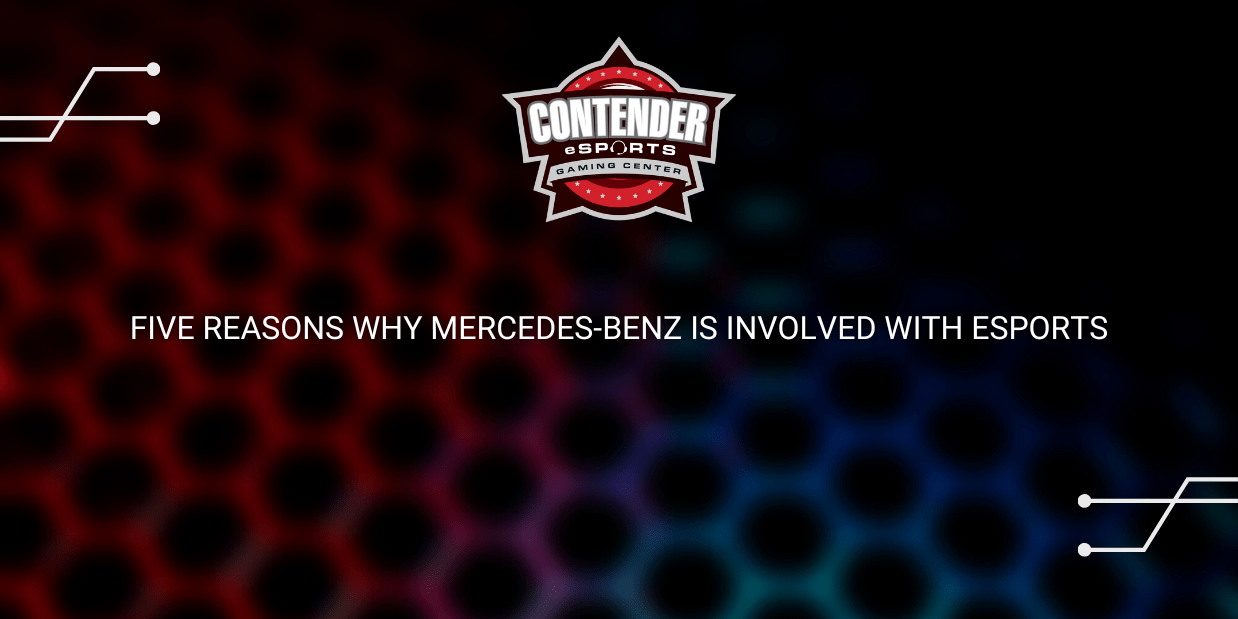 Mercedes-Benz and eSports — isn’t that a contradiction? On the one side there’s a brand that even today is often regarded as conservative, has a tradition going back 130 years, and is associated with motorsports. On the other side is a sport whose players and fans used to be mocked as “nerds” and nowadays get excited about fantasy role-playing and “cosplay” (costume play, a performance art whose participants wear costumes representing their favorite fantasy characters — see below).

Outsiders would probably not even mention Mercedes-Benz and eSports in the same breath. Nonetheless, we have been one of the pioneers sponsoring eSports since 2017. At first glance, our partnership seems to be a mismatch — but in fact we fit together very well! In this blog post I’d like to take you with me into the world of virtual sports.

ESL One was held in Birmingham in early June. And Mercedes-Benz was in the midst of it! A big Mercedes EQC star shined brightly above the stage. The audience joined the jury in the vote for the “Mercedes-Benz MVP” — the Most Valuable Player in the tournament. People could play games inside a “Mercedes-Benz In-Car-Gaming CLA,” and there are many similar highlights.

We want to communicate authentically in the world of eSports, and that’s why we’ve expanded our activities as a partner of ESL. In addition to its already existing premium partnership with ESL, Mercedes-Benz is now also the event’s exclusive and global mobility partner.

That’s kind of cool — but you might still be wondering WHY Mercedes-Benz is involved in eSports. Here are five reasons why:

1. Because eSports are definitely sports

We’ve already explained the Top 3 misunderstandings about eSports. In our opinion, the argument that eSports participants are not real athletes is not justified. The cognitive demands and strains of eSports have been sufficiently documented, and the players’ physical fitness is becoming increasingly important.

Independently of the sports-science perspective, eSports are also sports that should be taken seriously from a marketing standpoint. “Event eSports” such as ESL One function exactly like “traditional” sports! Thomas Müller from the Bayern Munich soccer team is known as a star with rough edges — and in exactly the same way, there are also well-known faces in the eSports scene. The Birmingham Arena, which will be filled with 15,800 spectators in T-shirts representing their favorite teams, is completely sold out. Millions of spectators will also be streaming the matches, complete with live commentary, on their mobile terminals. The arenas, the stars, the fans, the playing field — from a marketing standpoint, there are clear parallels between “traditional” sports and eSports.

2. Because eSports are a growing market

The eSports market is growing by leaps and bounds. The financial forecasts for the years ahead are tripping over themselves with superlatives, no matter what specialist report you’re reading. A current article in the sport business magazine SPONSORs predicts that in 2019 the revenues from global eSports will pass the US$1 billion threshold for the first time — and this figure is due to increase.

So it’s fantastic that in this market Mercedes-Benz is perceived as one of the pioneers of “non-endemic” eSports sponsorship. “Non-endemic” refers to companies and their products that are not directly part of the eSports scene — by contrast, endemic sponsors would include video game or electronic hardware producers. By comparison with its direct automotive competitors, Mercedes-Benz is clearly in the lead when it comes to eSports sponsorship. From a global perspective, many major corporate groups such as McDonald’s and Coca-Cola are investing in eSports. Why are they doing that?

Through eSports it’s possible to reach a special young target group that does not exist in “traditional” sport sponsorships in this configuration and in these dimensions. Let’s take a closer look at this target group. The core of this community consists of highly educated millennials.

Establishing contact with the members of this target group as early as possible and providing them with a positive experience of the Mercedes-Benz brand can tip the scales later on, when an individual is deciding whether to buy a car from Mercedes-Benz or a competing brand. In other words, the goal of our sponsorship has been designed with the long term in mind. In particular, the future-oriented themes of mobility that are relevant for us, such as carsharing and autonomous driving, are central topics to which the community is more receptive than the average consumer.

4. Because eSports have impressive reach figures

From a global perspective, eSports have long been more than just a youth-related phenomenon. In 2017, 81 million people all over the world were playing that year’s most popular game, the League of Legends (LoL) — that’s a far greater number than the population of France (67 million). In 2018, 17.7 million spectators watched the NBA basketball finals. The peak number of online spectators of the LoL championships in 2018 was 205 million fans! And if we compare the Facebook followers of VfB Stuttgart (547,000) with those of the eSports team “Fnatic” (2.5 million), here too the numbers speak for themselves. eSports have a much higher profile in North America and Asia than they do in Europe. At the end of last year, China built a whole “eSports City” from scratch in Hangzhou. It cost €254 million and covers an area the size of 68 soccer fields. China plans to invest an additional €2 billion in this facility between now and 2022. And there are further impressive figures concerning eSports, thanks to their diversity.

5. Because eSports have a positive effect on the image of Mercedes-Benz

From a global perspective, Mercedes-Benz benefits from its involvement in an attractive and unique environment. The brand’s image looks fresher and more modern thanks to its close links with the eSports community. The fans, stars, and organizers of this global scene are younger and more closely connected with one another than those of any other sport.

The key to this closeness is the fast communication that the Internet makes possible. Because of the high degree of interaction within the community, sponsors are noticed quickly. They receive direct feedback on platforms such as Twitch and Reddit — platforms that are difficult to penetrate otherwise. Most importantly, the Mercedes-Benz brand strictly distances itself from ego-shooter games and other games that propagate or glorify violence!

What are the next steps?

In the Mercedes-Benz sport sponsorship portfolio, eSports are a logical complement to sports such as golf and Formula 1 auto racing. Sponsors are tapping into a young, attractive, and tech-savvy target group that other sports cannot offer — and that’s why companies are investing in this sport. At Mercedes-Benz, our involvement with this up-and-coming sport is by no means over. We have expanded our cooperation with ESL. This year we’ve already been in Katowice, Poland and Mumbai, and now we’re in Birmingham. In October we’ve got a “home game” at ESL One in Hamburg. And our agenda for next year will once again include four major events and dozens of tournaments in the Mercedes-Benz markets. So stay online!