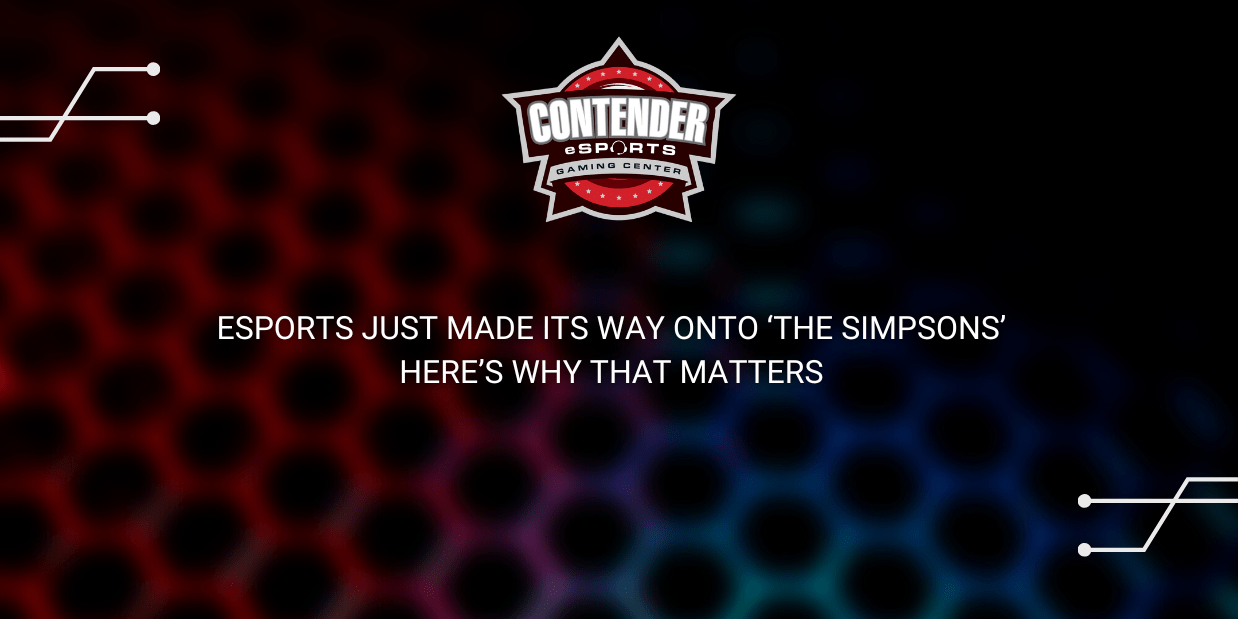 He has discovered a comet. He has performed in a boy band. Now Bart Simpson has found himself at the heart of what could be a billion-dollar industry this year: esports.

The perennial Springfield Elementary School student became an electronic sports athlete — esports athlete, for short — in Sunday’s episode of “The Simpsons” titled “E My Sports.” Bart essentially gets a new computer and finds himself glued to “Conflict of Enemies,” based on Tencent-owned publisher Riot Games’ “League of Legends” game. He eventually travels to Seoul to play in a world championship match with Homer acting as coach after the latter finds out how much money can be made in esports (the highest-paid players can make millions).

Co-executive producer Rob LaZebnik said the episode was meant to embody a “cultural tipping point” that has seen esports dominate a lot of conversation about the future of entertainment, sports and media.

“I think it feels kind of inevitable,” LaZebnik told CNBC. “Obviously, video games have been around for a very long time now, and combine that with the fact that everyone is online and on his or her phone, [the expansion of esports] feels so inevitable to me.”

“League of Legends” has been one of the key games driving the growth of esports for years, with 2018′s World Championship finals drawing in almost 100 million unique viewers, about the same number as this year’s NFL Super Bowl.

This comes as esports viewership and revenue overall has increased year on year. Research firm Newzoo estimates that the global esports audience, which includes casual and dedicated viewers, will reach almost 454 million this year. Company sponsorships could account for up to 42 percent of the $1.1 billion in revenue projected by Newzoo.

Riot Games, which was consulted for the episode, says “The Simpsons’” focus on esports benefits the industry as a whole.

“We hope that this episode, on top of all the work we’re doing around the world establishing leagues that are working with leading brands like Nike and Mercedes-Benz, as well as the rising popularity of streamers and pro players, will make a real impact on how people view ‘League of Legends’ esports in the long term,” a Riot representative told CNBC.

The show producers toured the training facilities of one of the world’s oldest esports teams, Team Liquid, for the episode. Team Liquid owner and industry veteran Steve Arhancet ultimately believes esports’ appearance on “The Simpsons” shows the staying power of the space in Western culture, a shift from the more Asia-focused approach esports had traditionally taken in the past.

“There’s many young kids out there who will empathize with this episode on ‘The Simpsons’ more than any other football, soccer or basketball episode they’ve created — just like I would have,” he said. “It’s another milestone that shows esports is here to stay.”