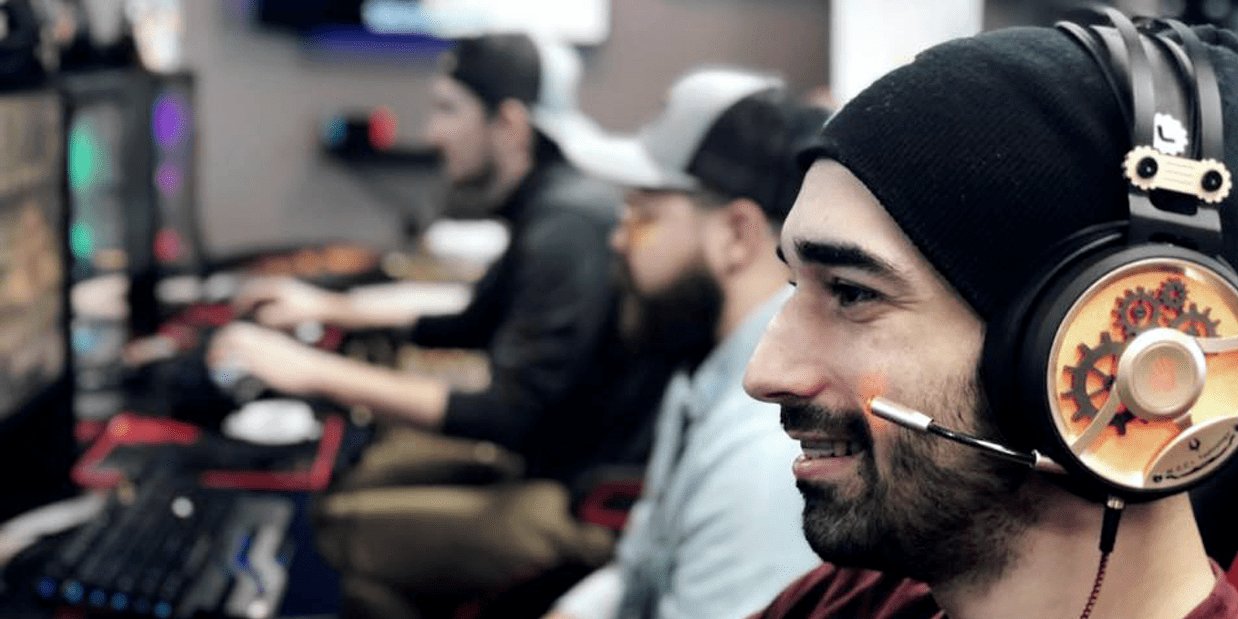 A little trash talk and razor-sharp focus. It sure seems a lot like sports.

A rapidly growing industry, eSports is competitive video-gaming and the passion that comes with it.

“You can’t imagine the number of people playing and yelling and screaming and cheering,” Payne said.

He saw that passion and decided to found Contender eSports.

Springfield arcade manager Jesse Skaggs says it’s the perfect place for gamers in the Ozarks to share their competitive spirit.

“Not everybody can afford a computer like this at home to have that opportunity,” Skaggs said.

Just like a traditional sports venue, Contender eSports in Springfield is now closed to the public, but unlike a basketball gym or a baseball field, closing the doors doesn’t mean the action stops.

“We’re approaching this as a new grand opening,” Payne said. “We are doubling down on our marketing, on our efforts and working with people. This is not a slow time for us at all.”

Instead, the ongoing pandemic forcing people to stay home is driving them online.

“We’re actually seeing growth in that aspect,” Skaggs said. “Because you don’t have to show up. That’s problem number one.”

“When I was 18, I had to make the choice between college baseball and pursuing competitive gaming… If I would’ve known eight years down the road [playing Halo] there’s going to be 44 million people watching me play a pro video game that I was competitive at, I probably would’ve opted out of the college baseball option then,” Skaggs said.

He says as you learn about pro gaming, you notice the similarities between that and professional sports.

“[Pro gamers] have nutrition plans, they have weight lifting plans,” Skaggs said. Yeah, they’re sitting behind a screen for 12 hours in a day, but in the other six, they’re literally training themselves to be able to do that for 12 hours.”

Even those dedicated professionals started out as beginners.

“It’s cool to be able to give the opportunity of what it is now, that’s my biggest thing of doing this as a career is now I can be like ‘hey, this is an option for you’,” Skaggs said.