Newzoo: More than one billion women are active gamers 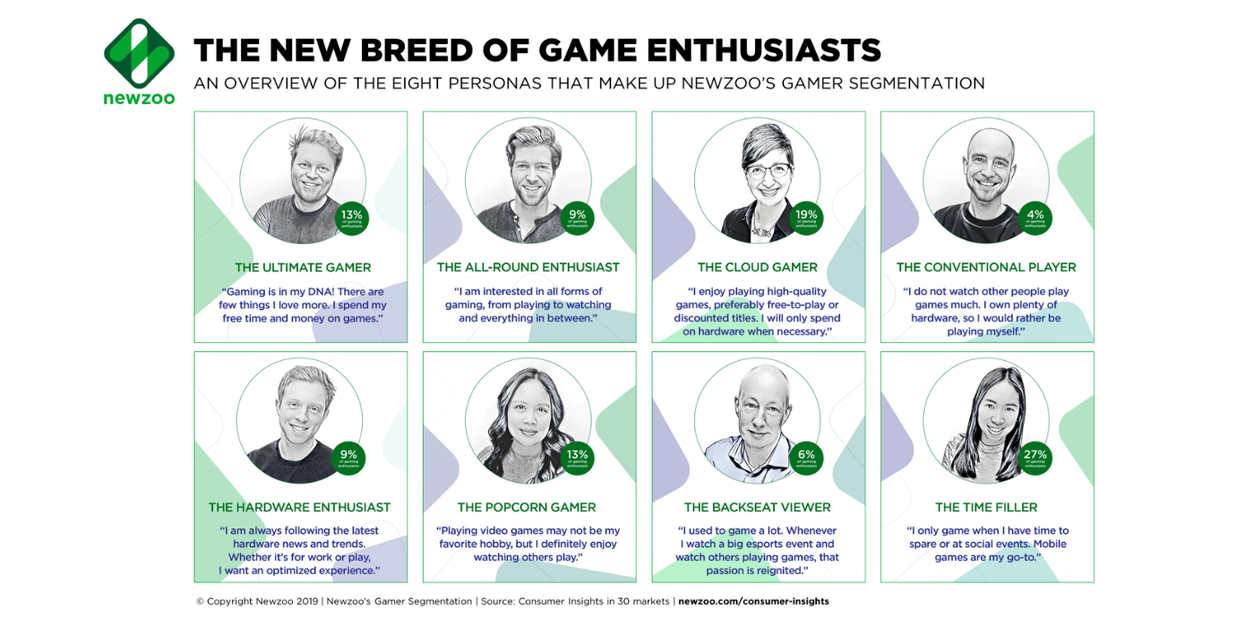 Newzoo has released new research that shows women make up almost half of all gamers, as well as offering some insight into how they engage with the medium.

The study broke down gamers of all types into eight distinct personalities based on their preferences and how much time they dedicate to gaming. This was developed by researching consumer habits from 30 markets around the world.

46% of the people spread across the eight gamer types were found to be female, amounting to more than one billion.

The most common type of female gamer is what Newzoo refers to as the ‘time filler' — people who play games to pass the time, most likely on mobile. 36% of all women in the study came under this category, compared to 19% of men. In fact, women account for almost two thirds of all ‘time fillers.'

17% of women were considered ‘cloud gamers', making this the second biggest category for the gender. According to Newzoo, ‘cloud gamers' prefer high-quality games — especially if free-to-play or heavily discounted — and only spend on hardware when necessary. This is the group most likely to benefit from the likes of Google Stadia and Microsoft's Project xCloud.

14% were classed as ‘popcorn gamers', who enjoy playing games but prefer watching games content via Twitch, YouTube et al. Women made up 46% of all ‘popcorn gamers', making it the most evenly balanced group in terms of genres. However, men aged 21 to 35 were most likely to fall into this category, accounting for 22% of ‘popcorn gamers.'

More than a fifth of all males were ‘cloud gamers', making this their top category, followed by ‘time filler.' Third was ‘ultimate gamer' — those that love both playing and owning games, and dedicate the most time to it. 15% of men were classed as ‘ultimate gamers' — just under two thirds of this group — versus 9% of women.