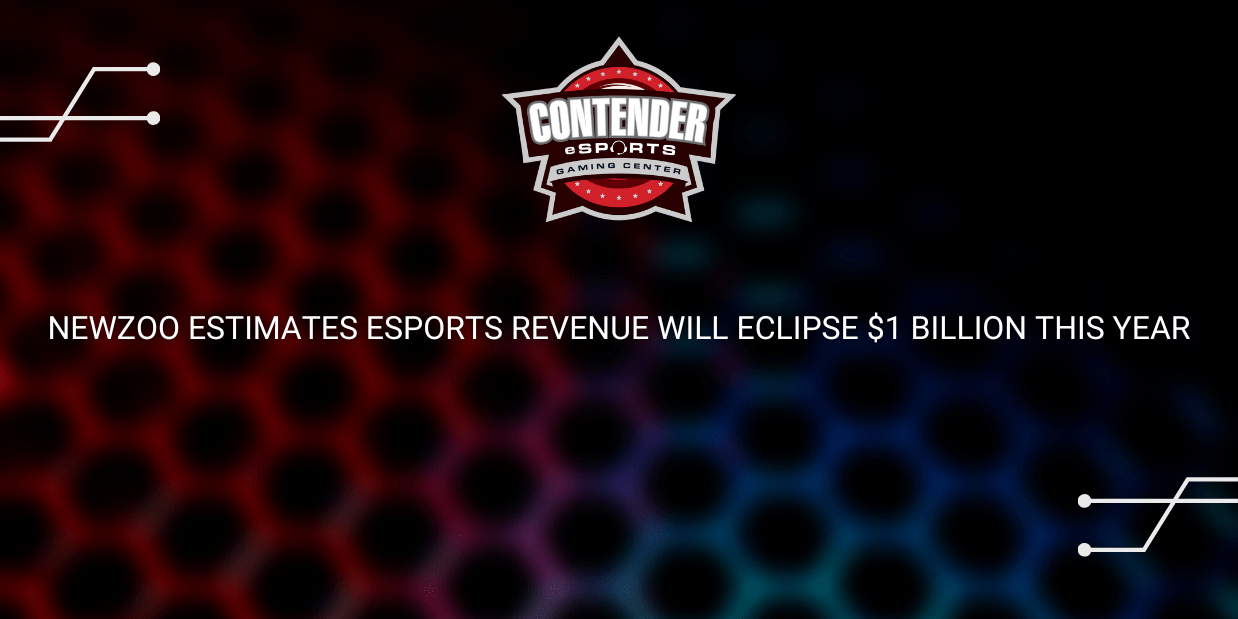 PHOTO: The crowd roars during the Overwatch League finals on July 27 at the Barclays Center in New York City. Market research firm Newzoo released projections for the esports industry Tuesday that include $1.1 billion in expected revenues for 2019. Photo by Bryan Bedder/Getty Images for Blizzard Entertainment

The esports market is expected to eclipse $1 billion in revenue for the first time in 2019, according to a market report from research firm Newzoo released on Tuesday.

The esports industry brought in $865.1 million in revenue in 2018, according to Newzoo, and stands to reach $1.1 billion in 2019 based on the company's projections. With a growth rate of 22.3 percent year over year, Newzoo predicted that the industry will rake in $1.79 billion in revenue by 2022.

These numbers are more modest than previous reports from the firm, which outlined $1.5 billion by 2020. The industry will take an additional year, to hit those numbers, according to Tuesday's report.

In October and November, more than 58.3 million hours of the League of Legends World Championship were consumed by viewers, with the majority of that viewership stemming from China. By comparison, the second most-watched tournament, the Dota 2 Asia Championships in February 2018, accrued a total of 12 million hours viewed.

The majority of the esports revenue will come from brand investments, which Newzoo categorizes as sponsorships, advertising and media rights. Forty-two percent of revenues are projected to come from sponsorships, which have hit record numbers in the past few years, according to the report. In the past few months, companies such as Coca-Cola, Alienware and others have forged global deals with the Overwatch League and League Championship Series respectively.

Newzoo also predicted an uptick in interest from media companies both on digital and linear TV. In late 2017 and throughout 2018, the League Championship Series and Overwatch League struck multimillion-dollar deals with ESPN, while the Overwatch League also finalized a two-year, $90-million deal with Amazon-owned livestreaming platform Twitch. Other livestreaming platforms such as Facebook, YouTube and Caffeine — which raised $100 million from Fox News in September — have committed to making bigger investments in the space as well.

Despite increased interest and revenues, average spending per fan will likely increase but still remain very low compared to traditional sports, Newzoo said. In 2019, regular esports consumers will spend $5.45 per year on esports, excluding the purchase of game titles.

Although the benchmark of $1 billion provides optimism, there are some signs that the esports industry is struggling in other areas. Despite more than $500 million being committed to franchise fees in both the Overwatch League and Riot Games' League Championship Series and League European Championship in 2017 and 2018, some investors have looked to sell, while some teams have made layoffs within the last six months.

In October, OpTic Gaming and Houston Outlaws parent Infinite Esports & Entertainment — which committed $33 million in franchise fees to the Overwatch League and League Championship Series in 2017 — laid off 19 employees and ousted CEO Chris Chaney. Their main shareholders, a group comprised of Texas Rangers owners Neil Leibman and Ray Davis, are now looking to sell majority stake of that company for around $150 million, ESPN reported in January.

Infinite's ownership group is not alone. Vision Venture Partners, the parent of Echo Fox and Twin Galaxies, had layoffs in November after its H1Z1 Pro League began to unravel in fall 2018. The Overwatch League had layoffs, too, after it overspent its original estimates, league sources said. Its parent company, Activision Blizzard, also shuttered the Heroes of the Storm Global Championship in December, and Activision Blizzard is expected to lay off hundreds employees this week, per a Thursday report from Bloomberg.