How to start an esports club in your high school 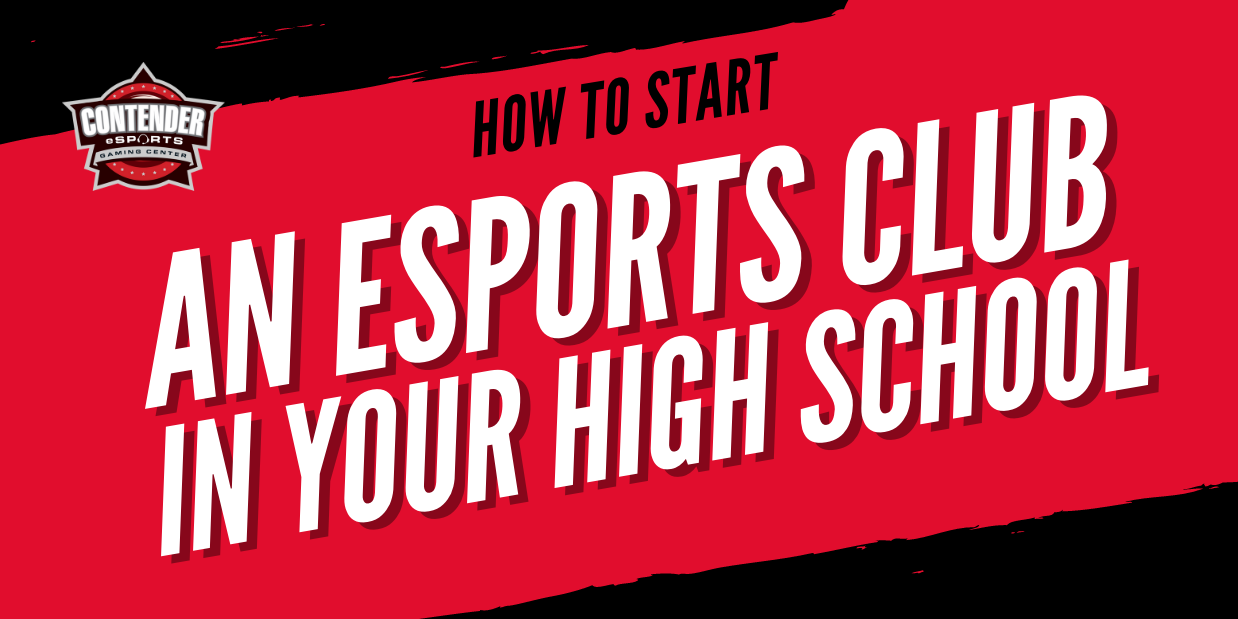 Esports is a rapidly growing sport that has been around for decades, but only recently have schools started to get involved. The growth of esports in high schools is very similar to the growth of other sports. They are often underfunded and not given much attention from the administration, but students will always find ways to play them on their own. Esports clubs can be created with minimal funding and resources if you follow a few tips that I'll outline for you below.

Let's start at the beginning.

What Is Esports And Does It Belong In Education?

Esports is a term that is typically used in a sporting context to refer to multiplayer games. It does not use balls or other traditional sports equipment. The games have been shown in athletic competitions, though they are very different from traditional sports. For example, esports may be played in a competitive tournament setting, but this is much different from how traditional team sports are organized.

In addition to being good for physical health, participation in esports can provide the opportunity for young people to explore diverse interests and fields of study while still being very active. Esports is also good for mental health because it provides the opportunity for young people to compete on an even playing field with global competitors without regard for social class or other inequalities that exist outside of the game, therefore stymieing bullying.

With a rise in popularity and the introduction of esports leagues, schools are starting to offer this as an elective or sports scholarship. It is great for both mental and physical health and it allows students to find friends with shared interests who they will be able to work over time. Many educational resources can be used alongside esports to achieve even greater success in school!

Benefits Of Starting An Esports Club In A High School

The benefits of starting an esports club in a high school are many; we can talk about how it provides motivation, fosters teamwork and trust, and boosts academic performance. We'll go over the steps you'll need to take to start one in your high school and share some resources for getting started.

How To Start An Esports Club In Your High School

If your high school already has an active gaming community in place, then they might already have all the resources you need! However, if there isn't currently an esports club in your school or they don't have any experience in starting one, here are some steps you can take to encourage your school administration to start one:

First and foremost, be sure to talk to the right people.

The first person you should contact is any member of the school's board of directors (BoD) – for example, a teacher who has been with the school for a long time or even an administrator. This person may have contacts that can help you get in touch with others on the BoD. Be sure not to try and go through anyone else if at all possible; this may cause your club's success rate to decrease exponentially since most administrators don't like dealing with students. By talking directly to members of the board, you will make things much easier for yourself; this makes the process more appealing to them, even if they would have normally turned you down.

Next, you should go to any teacher that might be interested in the club. A supportive teacher is very important for getting your idea across successfully, especially since most of them are already part of the school's BoD. Once you gain one supporter, hopefully, others will see your cause and get on board with helping start this new club! This makes it incredibly easy if some members of the administration get on board; having teachers involved can make all the difference when trying to finalize plans with other administrators or an assistant principal (AP).

Be sure to come up with a game plan ahead of time before approaching anyone. Think about what games you want to play and how often, logistics like where you will host club meetings and how long they will last, what your budget will be like (you should try and get a sponsor), and who exactly would be interested in joining. This might sound like a pain, but the more prepared you are when approaching someone to join your club, the better it is for them as well as yourself. 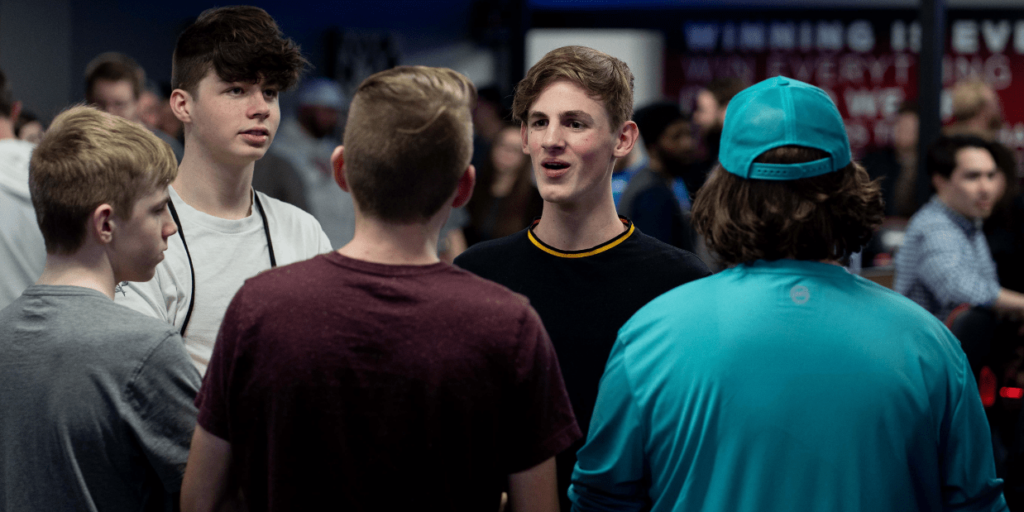 Implementing an esports program can have an extremely positive effect on students' lives as well as the school itself! There has been proved over the last few years that students who play video games tend to have higher grades than those who don't. Another reason why you should encourage the administration to start an esports club is because of how many jobs are within esports nowadays. According to this article, there are over 1.4 million jobs in esports worldwide.

If you can get your school's administration on board with starting an esports club, then you will easily be able to find talented gamers within your student body to help form the competitive teams that most schools start out with while implementing their programs. A supportive teacher or even just one other member of the BoD is enough to get things rolling; all it takes is some hard work and dedication!

The Importance Of Sponsorships When Hosting Tournaments 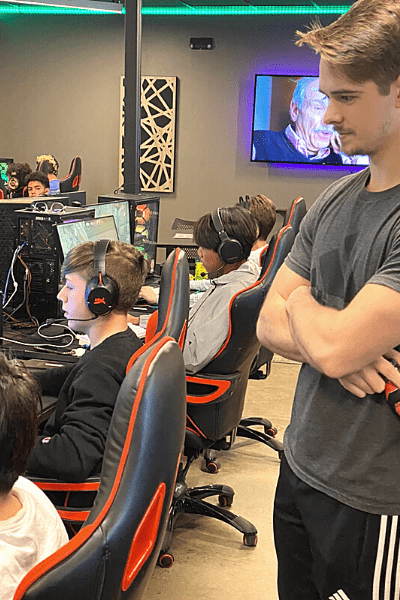 Speaking to potential sponsors can help the school raise money and bring in more people. Sponsorships can range from $150 for a one-day event, up to $2,000 for a major event that involves multiple schools.

The first step is to find out if your local businesses would be interested in sponsoring your event and then think about what you want them to do and offer that as a package deal. Be sure to remind them that this will not just benefit the business, but it will also be good for the community because their name will be associated with good causes like yours!

You need to have a clear idea of what you want the sponsor to get out of the partnership and what they can offer in return. This is a two-way street, so make sure it's worth their time and interest!

Esports is an amazing opportunity for students who are not interested in playing games competitively but still want to be involved with the club. One way they can get involved is by creating and moderating a blog that promotes esports and gaming culture, as well as providing useful information like updates on new releases and events.

Another way would be to create promotional videos for upcoming tournaments or events or even live streams of those events themselves. The possibilities for involvement are endless; it all depends on what you’re most comfortable with and what you think would be most effective.

It can sometimes feel like esports is a world of its own, so let students help bring it down to Earth by promoting your events in local news outlets or through community outreach efforts! 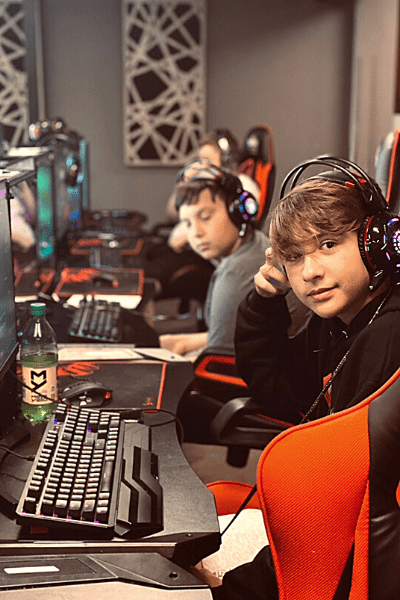 One of the most challenging aspects of running an esports club is letting players know that it’s okay to lose, as long as you learn something from your mistakes and work harder next time. It takes a lot of patience and support for a new player to really get into games, especially if there is a large skill gap between them and more experienced players.

Students have different reasons for wanting to start playing competitively. Some may not be interested in playing games competitively but think it would be fun to play with others and see what the experience is like. Others might just want a way to prove themselves or show off their skills. No matter their reason for starting, they should know that everyone starts at the same point and it’s okay if you don’t do as well as you had hoped your first time around!