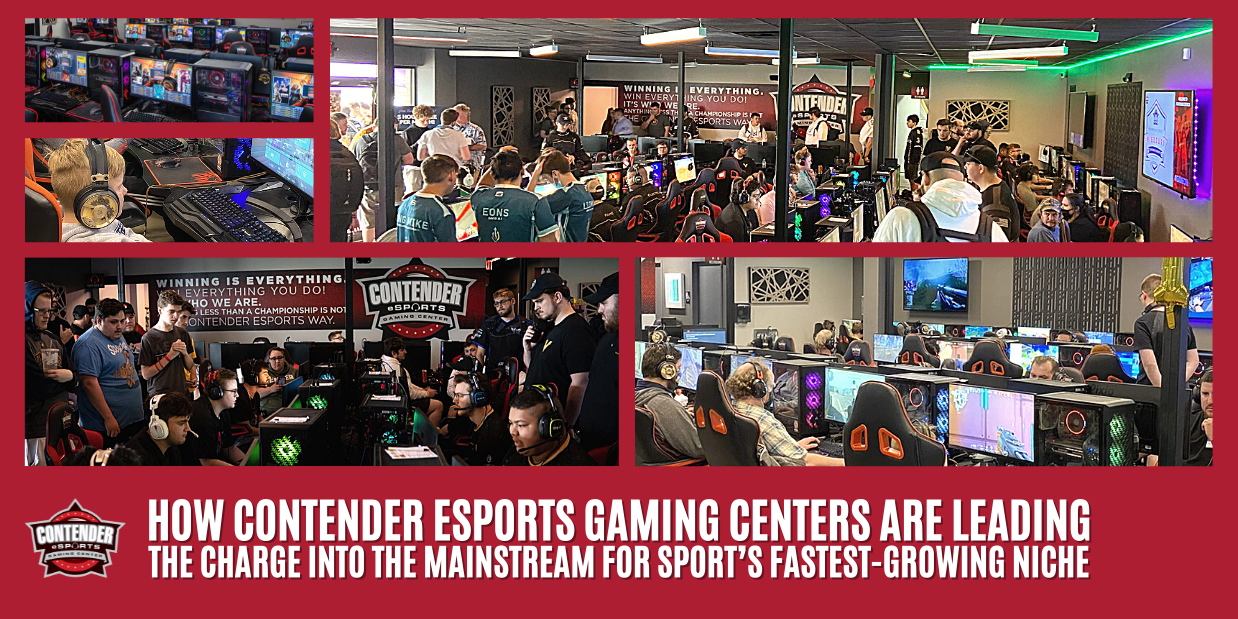 It is hard to quantify just how much eSports has grown over the last decade.

And the good times show no sign of slowing down.

Actually, if anything, they’re speeding up as the COVID-19 downturn that hit many major entertainment segments left eSports unscathed. Rather than experiencing a downturn, the segments posted an impressive 11.4% growth in global viewership year over year, bringing the current audience to some 26.6 million people across the globe. This not only makes it one of the fastest-growing entertainment segments, but also one of the fastest-growing industries overall. Deloitte highlights the breakout year of 2018 during which overall industry investments jumped from $490 million to $4.5 billion.

In other words, there is money to be made in mainstreaming eSports and no organization is pushing it further into the mainline consciousness than Contender eSports Gaming Centers.

How they’re doing it just might surprise you, too, as their formula for success is a little bit of a mixture of the old and the new. The new, naturally, being the eSports scene itself and the old being the concept of LAN parties.

If you’re too young to remember the days of LAN parties, here’s a brief rundown of the concept: Back before the Internet was as ubiquitous and efficient as it is today, gamers would gather in common spaces, rigs and all, to enjoy some multiplayer gaming over a LAN network.

As you can imagine, the process of hauling your circa 1990s or early 2000s desktop PC (or laptop if you were really rich) was a pain and the Internet’s ability to smooth out this process is a real leap forward in general. But so many things were lost in the process; namely, the ability to connect with one another as a community.

After all, online competition can only come so close to matching the real thing.

Contender eSports Gaming Centers blends the magic of the old LAN parties of yesterday with the conveniences of today. The center provides everything gamers need for a couple of quick matches or enough to host tournaments and more. With locations across the globe, Contender eSports Gaming Centers is also fast emerging as an international brand with real clout in the industry.

Beyond that, however, it is also making a name for itself as a focus point for all things eSports and the emerging culture around that. This is underscored by the company’s Riyadh, Saudi Arabia location which speaks to the global ambitions of both the firm itself and the broader industry as a whole. Like the stadium or theater, these centers provide a point of cultural focus for developing talent, hosting competitions, and engendering a lifelong love for eSports.

Like the many sports leagues and training pipelines out there for other sports, Contender eSports Gaming Centers serve as an important stepping stone towards building out the grassroots necessary to sustain a robust and sustainable eSports talent pool and consumer market.

Do you want to bring Contender Esports to your local community? Let us know here: Is the Esports Business Right For Me?