Five eSports Predictions: What Does The Year Hold For Companies And Developers? 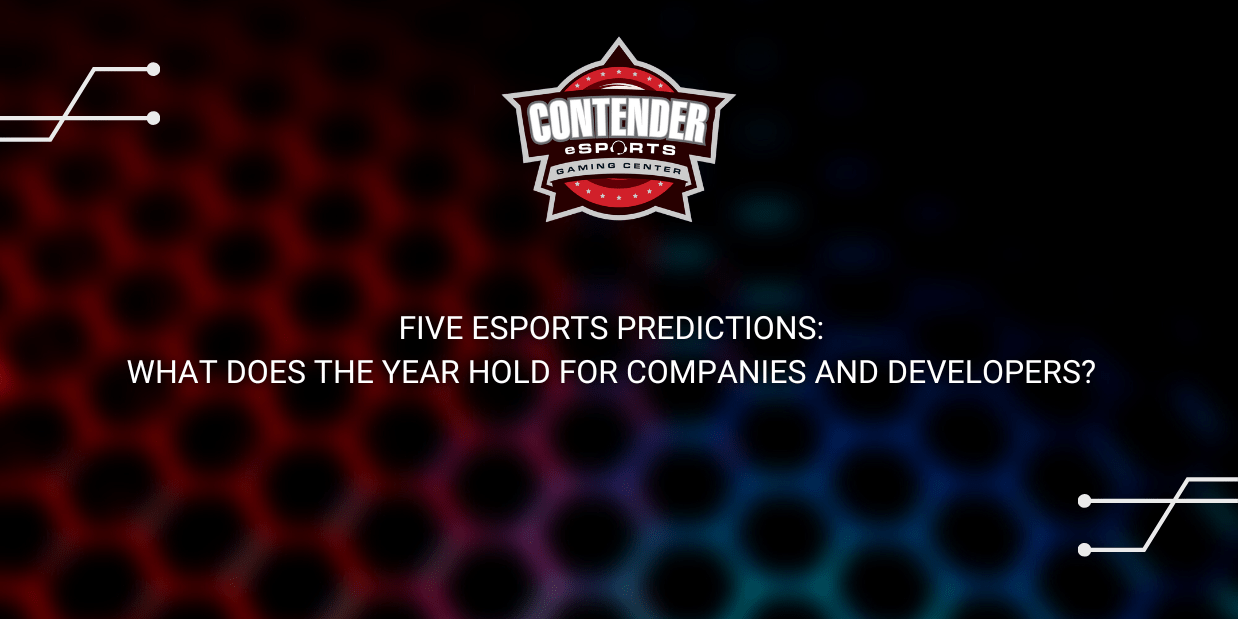 Between League of Legends appearing in the Asian Games and worldwide phenomenon Fortnite dominating headlines, 2018 has been a formative year for eSports. Never before have games had such an assertive presence in mainstream media and entertainment.

As the CEO of a mobile eSports platform for developers, venues and sponsors, I don't believe the trajectory of eSports is slowing anytime soon — bigger, better things lie ahead. Whether you’re an industry veteran or just starting to explore how eSports fits into your business, these are five key trends to keep in mind while planning your business strategy for the remainder of 2019.

New titles will shake up the top five eSports rankings.

This year, new games will likely challenge incumbents for supremacy. Prominent 2018 launches include the inaugural season of Activision Blizzard’s Overwatch League, the introduction of the NBA 2K League, and new battle royale title Call of Duty: Black Ops 4. With fresh content flooding the market, the most popular eSport of the future has likely yet to be created.

Given increasing eSports democratization, consumers will be hungry for innovative content, and top rankings are ripe for the taking. Currently, the most popular consumer trends I've seen include shooters, multiplayer competition and mobile experiences — so future blockbusters may feature these elements.

Why does this matter? Understanding what games are trending and why is essential for anyone in the space, whether you’re running a gaming company or a non-endemic brand looking to access the growing eSports audience. For game developers, keeping a pulse on community reactions and responses to new industry trends is critical to developing relevant themes for future titles. Watch closely to see which games are picking up traction. Industry analyst studies, focus groups and preliminary beta testing are all useful options to consider for additional insight.

Brand investments in eSports will increase.

With eSports viewership projected to grow to about 600 million by 2020 (paywall), sponsorships could become more valuable to brands looking to gain an advantage in an increasingly lucrative and competitive market.

Sponsors like Coca-Cola, Mercedes-Benz, T-Mobile, Adidas and even the U.S. Navy have already invested in eSports. Given the positive results of engaging with this global audience, brand investments will likely increase this year, with even more non-endemic corporate sponsors coming aboard.

Gamers are arguably one of the most sought-after audiences — many are young (paywall) and often loyal to their games of choice. According to Dot Esports, research firm Newzoo estimates that global eSports awareness will reach 2 billion by 2021. If you’re in the eSports business, I recommend looking to capitalize on this influx of interest in 2019.

For developers looking to grab a slice of the audience, focus on creating a game that’s simple to pick up, complex to master and fun to watch. The combination of these elements is what I've found makes a great spectator sport — and once you get viewers on board, the sponsors will likely follow.

Mobile eSports will go mainstream and sell out professional stadiums.

With an estimated 2.3 billion mobile gamers worldwide (paywall) in 2019, mobile is an incredibly popular gaming platform. As mobile eSports become an increasingly important part of the ecosystem, even more competitors could view it as mainstream entertainment.

Keep an eye on your smartphones, because they’re growing at breakneck speeds in terms of both technical capability and consumer adoption — GSMA estimates that there will be 5.9 billion unique mobile subscribers in 2025. Developers — especially those that may have overlooked mobile in the past — should consider how rapidly advancing mobile technology can help them achieve a blockbuster hit and reach the largest subset of gamers. I believe the key to breaking into this industry is creating a game that is easy to learn, has a compelling core loop, and offers its players strategic depth in terms of game mastery. This stimulates player acquisition and new user performance metrics — ultimately driving player retention and deeper game monetization.

While eSports growth has been impressive, it’s not without risk. Similar to offline sports, the growing fame and fortune of athletes can also attract cheaters.

In 2018, BattlEye banned over a million PUBG accounts for hacking. According to PCGamer, banning cheaters is also the “highest priority” for Fortnite developer Epic Games. In Asia, hackers are facing jail time and multimillion-dollar fines for developing and distributing cheats. Although the industry is working tirelessly to prevent cheating, it’s likely that as eSports grow, so too will fraudulent efforts.

This year, I expect more eSports to institute fairer environments for their games, just like we see in offline sports. Whether it's by integrating increasingly comprehensive third-party anti-cheating software or developing their own, developers creating the next big eSport will have to keep cheating at bay. Otherwise, their game might be over before it begins.

A boom in availability and production value could occur for eSports broadcasts.

Now featured on YouTube, ESPN and more, eSports are quickly becoming a hot area of growth in digital entertainment. ESL, a large eSports league that runs CS:GO and Dota 2 tournaments, signed an exclusive streaming deal with Facebook in 2018 for an undisclosed amount. Twitch’s exclusive rights to stream the Overwatch League is purportedly worth as much as $90 million.

Both traditional and emerging channels are vying to showcase tournaments to viewers. I'd count on seeing even more significant broadcasting collaborations among both cable networks and social media juggernauts in 2019.

Companies and developers planning to break into eSports broadcasting in 2019 should keep the growing number of distribution options in mind to ensure they're picking the best channel for their content.

The eSports landscape is shifting quickly, and I project the coming months to be some of the most important for the industry’s future. As eSports viewership is expected to grow and mobile devices are becoming more widespread, businesses should consider how they can take advantage of this growing sector.

by Andrew Paradise
Andrew Paradise is the CEO and Founder of Skillz, the worldwide leader in mobile eSports, which was ranked #1 on the 2017 Inc. 5000 list.